Coach Gerber has been involved in wrestling his entire life.  He attended DeForest High School where he was a 2x state qualifier and a member of a Team State Qualifying Team.  After High School he attended UW-Whitewater and immediately began helping on the Middle School and Youth Levels.  After a few years Coach Gerber moved up to the high school where he became Co-Head Coach with Frank Weiss.  During his time with Frank Weiss he coached Fort Atkinson’s first Conference Championship team since the 1960’s.  After Franks Retirement from coaching he stayed on as the head coach and has been leading the ship for the past 10years. 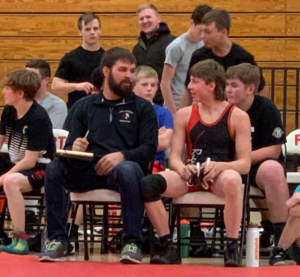 Coach Graziano has been coaching in Fort Atkinson for the past 8 seasons. 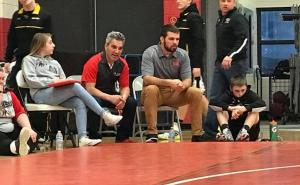 Coach Healy has been involved in Fort Atkinson Wrestling for the past 45 years.  As a high schooler he was a multiple time sectional qualifier.  Since high school he spent many years helping to coach youth wrestling and has spent the past 12 years assisting at the high school.

Coach Stine is yet another lifelong Fort Atkinson Wrestler.  He wrestled for Fort Atkinson High School and Middle School.  In high school he won a coveted stop sign by becoming a Junior All-American.  Since High School he has spent many years coaching our upper weights.

Coach Sigmund is yet another great Fort Atkinson Wrestling Alumni.  Competing for the Youth Club, Middle School and High School.  In High School he amassed 135 career wins and captured a coveted Badger Conference Individual Championships.  Since graduation he has been a great assistant at the high school for the past 3 years. 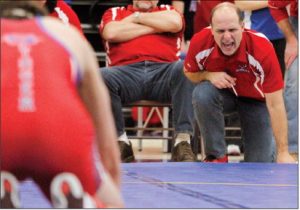 Coach Graziano has been coaching high school wrestling for the past 35 years.  He spent 33 years as the Head Coach at Slinger High School, amassing over 350 dual victories, 10 Conference Championships, 11 Regional Championships and making 3 team state appearances.  He has now been assisting as the Monday night coach for the past two seasons in Fort Atkinson. 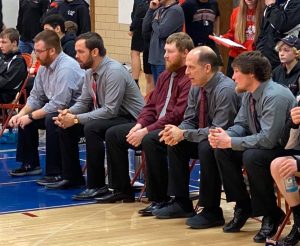 Providing opportunities for Fort Atkinson youth in the sport of wrestling.